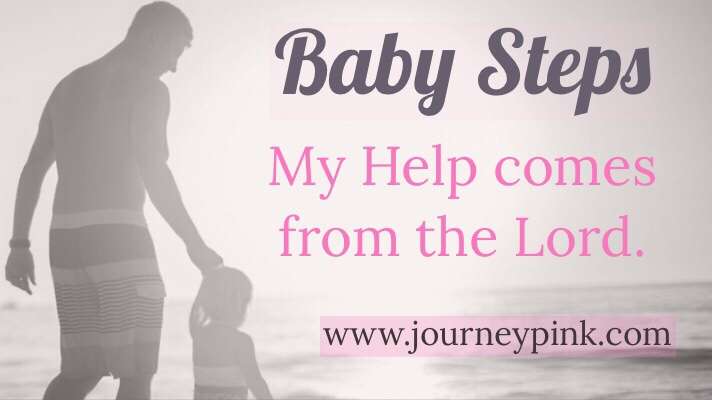 I was two months into therapy, and I still hadn’t told my husband.
I asked him if there was anything I could say to help him understand, and he said, “No, it is okay… just talk to the counselor. She will have better answers than me and we can just co-exist until you get through this.”
It hit me that I didn’t want to be alone on this journey. He was leaving for a hiking trip in the mountains soon, so I wrote him a note to read on his hike. I explained that my journey felt like I was climbing a steep mountain and trying to get to the top. Along the way, there would be cuts and bruises, but there would also be amazing flowers, views and waterfalls. With God’s help, I was going to make it to the top of that mountain. I told Anthony he could come in at the end with a parachute and full safety gear and put his arm around me and say, “How are you?” and I could reply, “I’m fine – You??”
Or, he could climb with me. I asked him to join me. I did not want to be alone.
I was making progress and recognizing what was healthy and what was inappropriate. I was learning how to say no, and to establish boundaries. I practiced verbalizing what I wanted and needed. I tried to be honest in my world filled with lies.
I knew that some of the mountain climb would be just me and God, but there were parts of personal growth and change that needed to be shared with my husband.
I wanted him to climb with me.
My life was now altered forever and there was no turning back. I watched videos and looked at pictures of my younger self, and the overwhelming feeling of shame was so real I could taste it.
I wondered if feeling green would ever go away.
I started taking steps to tell my husband but was speaking mostly in code and not being very direct with him. Most of the time, I felt crazy for even wanting to talk about it. Why in the world would I tell him?
My husband asked me pointed questions. Then he asked again. And this was after I ignored his question the day before.
WHO HURT YOU?
I didn’t want to lie to him, but it was so hard for me to answer that question. At this point, he knew someone hurt me, but he had no idea who or any details.
I just cried and was speechless.
He kept asking and started naming people and I just looked at him.
He said, “This is just so wrong! I don’t know how you can ever heal if you don’t confront it. You have to confront him.”
I just sat there frozen tossing a rock from one hand to the other while tears poured down my face.
We scheduled our appointment with my counselor and my hope was for her to give him an idea of what to expect, how to help me and also how to back off.
I told him that I have never had control, and I had to have control of this. I needed to decide when, where, and how much to say. He seemed to think we would get through this just fine. He thought I would simply get an “I’m sorry,” or not, but I wasn’t so sure. An apology was the least of my worries.
I lift up my eyes to the mountains – where does my help come from? My help comes from the Lord, the Maker of heaven and earth. Psalm 121:1-2
This is post #6 in the Baby Steps series.  To start at the beginning, click here.