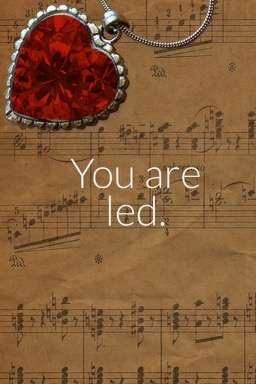 My sheep listen to my voice; I know them and they follow me.

I told my counselor that I felt crazy telling her about the mean voices in my head.  She didn’t flinch when she asked me, “What do they say to you?”

I started to list them:  Who do you think you are? No one wants to spend time with you. You are a burden to others.  You are merely tolerated.  You are bad.

She explained this was negative self-talk.  She encouraged me to think about where those lies came from and also to focus on truth.  For example, what would Jesus say?  He wouldn’t say who do you think you are?  He would tell you who you are and that you can do anything with His help.

I wanted to know what truth would replace the lies and I wanted to know His voice.  One of the ways I learned to hear His voice was to simply be still and listen.  I would pray and read my Bible to search for verses to help me when the mean voices were loud.

The more I was able to speak truth back to the lies, the less they taunted me.  At first, it wasn’t easy to listen.  It was hard for me to be still. It took practice and I found the easiest place for me to listen was in the shower under the soft hum of the water.

How did I learn to hear His voice?

I’m still learning, but for me the key is to listen and pay attention. Sometimes it is that still, small voice. Other times it may be dreams, journaling, reading scripture, and listening to worship music.

We have to draw near to Him to hear His voice.

The world is loud.  Social media screams.  Everyone has an opinion.  We are bombarded with so much information everyday.  How can we listen to His voice in the chaos?  How can we know His voice and focus on it?

As I started listening to His voice, I was able to get more familiar with His ways.  I recognized He was speaking to me and I started to step out and obey.

For example, one night I went to bed convinced I would never tell my husband my story. I had a dream that night that was so intense, I woke up determined he had to know.  Shortly after that dream, I told him.

A few months later, I was driving home from a counseling session and I kept hearing “free at 40.” I felt like it meant I would confront my abuser when I was 40.  The thought alone terrified me.  I met with my mentor and I told her my story and shared what I thought God was saying to me.  She listened as I laid out my plans A, B and C.

She let me explain the plans in detail, and then she told me to trust the Lord to work it out, and she sensed the plans should be C, B, and A instead.

The night before my 40th birthday, I woke up early that morning and grabbed my phone and quickly typed what I would say to my abuser if given the chance.  I was typing as fast as possible as the words poured out.

The day after I turned 40, I confronted my abuser and all I had to do was wait and the plans C, B, A unfolded as she had suggested.

Wow, God.  All of this made me want to listen and follow Him even more.

He wants us to draw near to hear His voice and follow Him.

Will we listen and let Him lead us?

How do you hear His voice?